Did you know? Bellesguard opened its doors on September 2013

Do you know when did Bellesguard Tower opened its doors to the public? It was in September 2013. At the time, the owners were the Guilera Roche family, a family of well-known doctors.

From the beginning, their main objective was not only to let the people visit their house but also to set up a research group on Bellesguard, with a holistic and multidisciplinary perspective. For this reason, the first articles reporting on how this group had been formed, led, at first, by the archaeologist Manuel Medarde and currently, by yhe architect Galdric Santana. Since then, we have not stopped investigating the secrets of Gaudí’s most unknown work and all its millennial past.

There is still much to discover, but we have come a long way with surprising discoveries. We will not stop going through it in search of more discoveries and deepen those already found. Follow us on the blog so we can share them with you and, better yet, visit us to experience them in person.

Here is a reminder of one of the articles where the event was reported: 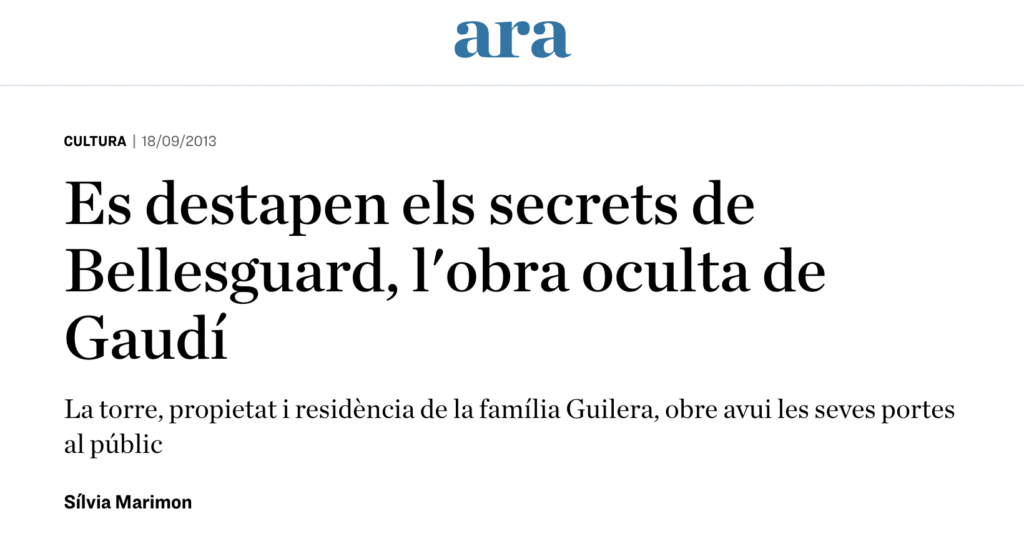 Article on the opening of the doors of the Bellesguard Tower

Article on the opening of the doors of the Bellesguard Tower